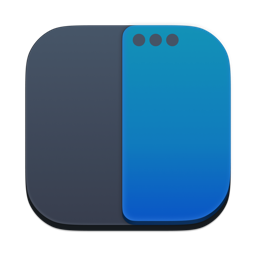 In every single post I’ve seen where someone asks which apps they should install on their new mac, one of the first suggestions is a window manager. Rectangle is increasingly mentioned (thanks!), but I still see Spectacle users that say they have no reason to switch. If Spectacle does it for you, that’s awesome — it’s a great app, but there are some concrete reasons to go with Rectangle, even outside of a direct feature comparison.

As of v0.38, Rectangle is available as a universal binary that runs on both Intel and Apple Silicon. Currently the only way to get Spectacle running on Apple Silicon without Rosetta is to compile the app yourself. Even if someone else took up the torch and released and hosted a universal binary of Spectacle, the odds of bugs getting fixed in Rectangle are higher since it’s written in Swift.

Spectacle stopped being maintained before Apple started enforcing app notarization. You can argue that notarization is merely a false sense of security, but from my perspective it is a valid guarantee that the app you’re getting is the one that I’ve notarized with my developer id and without malware as long as you get it from the GitHub repo (rectangleapp.com downloads also point to GitHub). It is not likely that you’re going to go download a malware infested version of Spectacle from an unofficial source, but if somehow you did end up with one then there is a lot of damage that could be done. In order for a window manager app to work on macOS, you need to give that app accessibility privileges. Among other things, an app with accessibility privileges has the potential to log keystrokes.

Again, the odds of coming across a malware version of Spectacle are probably always going to be pretty slim. I don’t see the author of Spectacle letting spectacleapp.com go, but why take the risk if you don’t have to?

Rectangle has all but a handful obscure pieces of functionality in Spectacle, and is as close as you’re going to get to a drop-in replacement.

I purposely keep Rectangle really slim on features. At this point, I typically only let in features that are transparent to users unless they seek them out, which is why a lot of features are toggled via command line. I have also only added features requested by a lot of users. The main feature that is in Rectangle but not Spectacle is dragging windows to screen edges to snap them. Feel free to comb through the readme for more.

Spectacle’s an awesome app that I’m lucky to be following the footsteps of with Rectangle. Give Rectangle a try, it’s free!