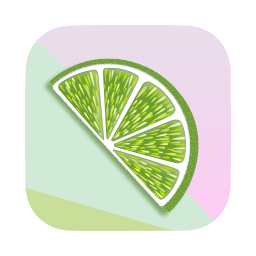 To properly demo my apps, I need to communicate keyboard shortcuts, and a while back the only player in that game was the free, open source Keycastr. Unfortunately, Keycastr didn’t nail the visuals for me. The keyboard shortcuts are difficult to digest as a viewer, and the modifier key display is not prominent.

In normal circumstances, I would have purchased one of the other solutions and carried on working on my other apps. For demoing Charmstone, I was able to whip up Modkey in its entirety in a couple hours, so it felt silly to even think of purchasing one of the other, quite expensive options. Modkey only displays modifier keys, but it gave me the motivation to build a version that emphasizes keyboard shortcut display. Here’s a quick screenshot of what KeyLimePie looks like:

Here are the driving features behind KeyLimePie:

For the initial version, all of the settings are available just in the menu bar, rather than a preferences window. Ideally, I will keep it that way — the slimmer the better for these types of apps in my opinion.

One more thing. KeyLimePie also has a keyboard shortcut log view. If you’re in a live demo, this is useful in the scenario where viewers might not have caught the last shortcuts that you executed. 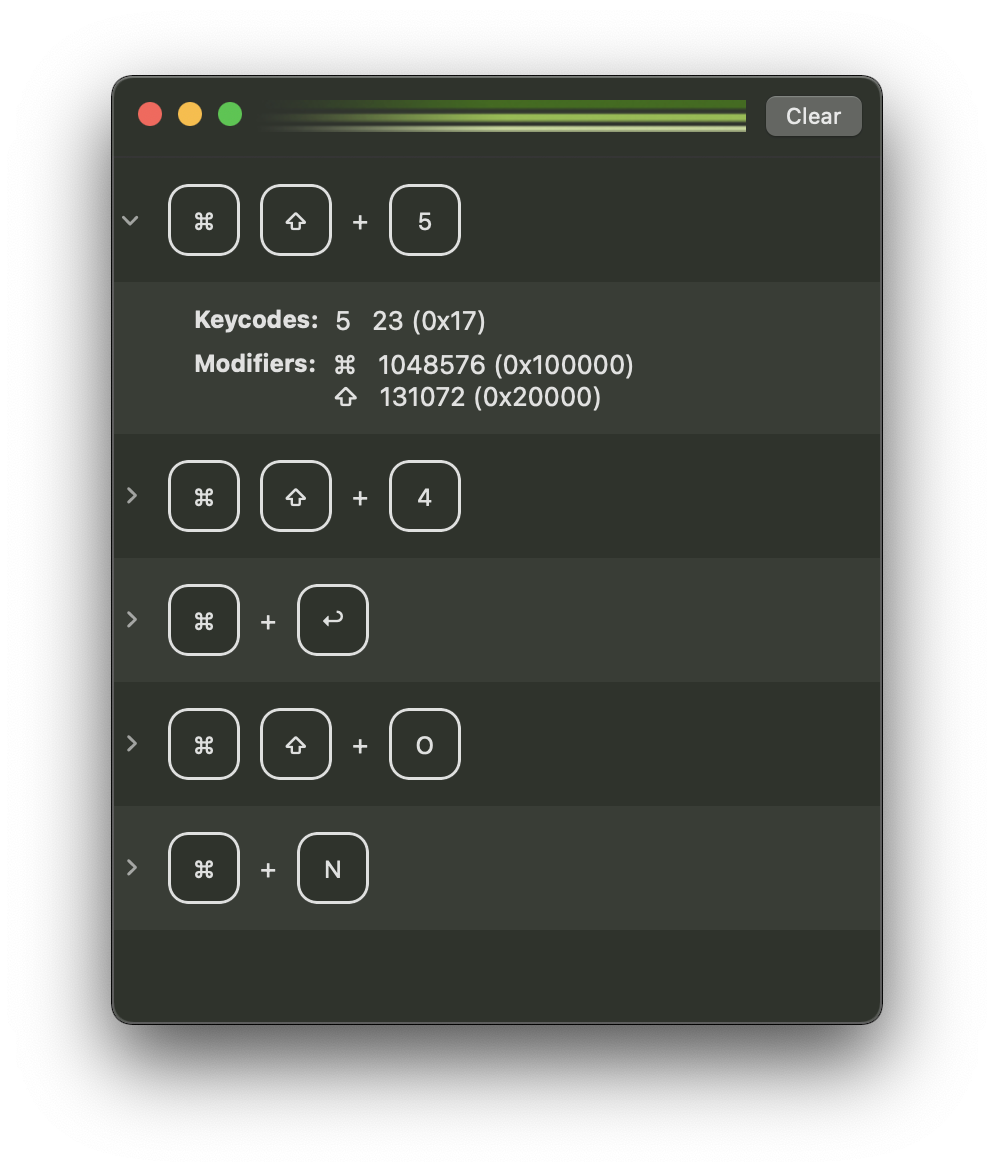 Sometimes, as a developer (or maybe a Rectangle user), it can be useful to see the keycodes and modifier bit codes that belong to a keyboard shortcut as well.

That’s it! Now I have no excuses to procrastinate making a demo video for Rectangle’s website…